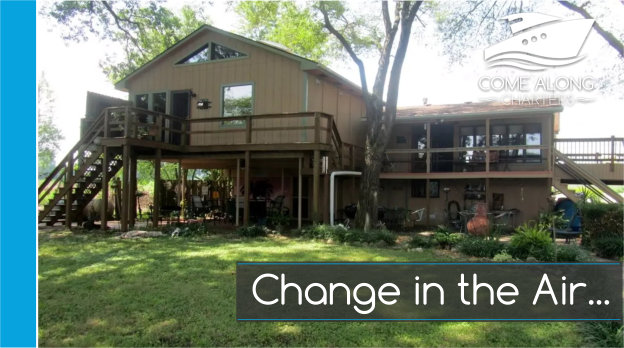 I hadn’t been feeling well so I finally broke down and went to the clinic. After some blood work it was determined I had Lyme disease. Again. I had it about 6 years ago but that time it was obvious…I had the big bulls eye dead center on my back where the bite was. This time I had no idea when or where I encountered this tick. Before we left for Key West the Doctor called and wanted me to go get more extensive blood work to pinpoint exactly what I have and how long I’ve had it. In the meantime I had mild droop in my face, extremity numbness, general overall exhaustion and an ache that feels flu like. We’ve only got so much time to get work done on this trip so I just plug on.

Also in the meantime, we get an offer on the house. Airbnb guests from Kansas City have fallen in love with the house and want it for a summer place for their family. The also want all the contents, inside and out, and the boat. After some back and forth negotiations we finally settle on a price and pending some inspections we are scheduled to close on October 5. Bittersweet crazy deal, that is. I almost hate to tempt the universe by putting it out there, especially considering how the first 3 offers fell through, but I’m cautiously optimistic this is the one. They aren’t financing so the flood insurance isn’t an issue. We shall see.

Then I get a call back from the clinic and it turns out I have rocky mountain spotted fever kind of tick disease. Sean looked it up and it effects about 2000 people a year. I guess I’m just lucky that way. At least now I’m on the correct antibiotics and hopefully will kick this sooner, rather than later. I don’t have the patience to not feel 100%.

Today I launched the website and facebook page. I’d been working on all of it and writing blog posts for a month now. Learning WordPress has been a crazy challenge for me. I actually hired a dude from Pakistan on Fiverr who’s been coaching me. He’s 12 hours ahead (or maybe behind) so it’s been an interesting few weeks. It’s still not as fancy as I would like but it’s functional. I also got the awesome super cool drone video the owner’s son made and have it posted as the header on the website and the facebook page. It really captures the boat (Sean thinks it makes it look like a toy lol) and I’m completely stoked to have it up for everyone to see.

And finally, we have our first customer. No kidding! This couple from St. Louis was planning to trailer their 24′ boat to Omaha for a float (they did the Mississippi last year) and had contacted the marina for some advice. The marina manager put Sean in touch with them and after some chatting, they decided to ditch their boat and just ‘Come Along’ with us. They plan to fly into Omaha next Saturday and boat with us to Coopper’s Landing. Should be fun and we’ll certainly welcome the company. I’m planning two parties; one at the dock at NP Dodge Marina the Saturday before we take off and another at Cooper’s Landing the following Saturday so all our friends/family can come see the boat. It’s interesting to think after a month of planning it’s (hopefully) here.

So along with the fall, there’s changes blowing. Hopefully all on the looking up side; we’re ready for some positive karma and to get this show on the road.